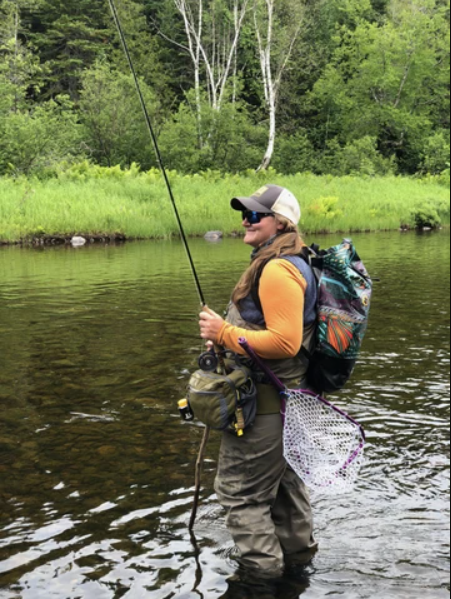 For fly tying addicts, Carrie Stevens (1882 – 1970) is a household name. Fishing and tying in the Rangeley Lakes region of Maine, she is well known for creating masterful featherwing streamer patterns for salmon and brook trout that were widely sought after in her time and are coveted by fly collectors today. For an average fly tyer such as myself, sitting down to attempt one of her fabled flies is daunting at best. I thought that famous Carrie Stevens patterns such as the Gray Ghost had been relegated to the status of “art” – something that you put behind a glass frame and hang on your wall but never actually use. Fortunately I had the chance to chat about this pattern with my long-time fishing buddy Megan Hess, and I found that I was dead wrong.